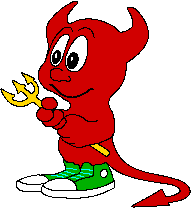 Yesterday someone asked me how to allocate memory in a FreeBSD device driver. Although not quite as simple as a user-space malloc(), it’s relatively simple – but could I remember the name/parameter order? Not confidently, so I suggested RTFM.

A quick look at the manual doesn’t actually cover it very well. Basically there are special versions of malloc()/free() and they’re have exactly the same names, except the parameters are different. For example, malloc() has two extra parameters; one is the memory type (used for kernal statistics purposes), and one is a flags field, with options whether you’re prepared to wait, or is this a critical situation and using the reserve pool is okay.

For details, see “man 9 malloc”. The ‘9’ is important, as otherwise you’ll get the user-land version in libc. (Incidentally, a read through the libc code should put you off algorithms making wanton use dynamic memory allocation if you weren’t already).

Now what the FreeBSD documentation doesn’t tell you (and something for my to-do list) is how to actually make use of this in a device driver. I had to go back to code I’d written ten years ago to remind me, as I’m just as guilty of copying and tweaking my standard code many times over without really remembering what it does.

But before you go worrying about allocating dynamic memory in a device driver, consider that there’s no reason why you can’t just use static memory – just allocate in BSS in the normal way. Okay, this won’t suit every eventuality but on on most of my simple drivers, which have been to mess with custom hardware for a single process, it’s not actually a problem.

Okay, so you still want to use dynamic? Well to get the kernel versions instead of the the libc ones you need to include instead. As I mentioned above, for some reason using the same names must have seemed like a good idea at the time, but the parameters are different.

The other thing you should be aware of is when about allocating kernel memory you are talking about non-paged. Don’t go crazy.

There is also a memory allocation tracker and statistics dumper available in the libc version (see /etc/malloc.conf), which will help you out if you’ve messed up memory allocation. Don’t expect any such help with the kernel. However, if you compile the kernel with the INVARIANTS option set it will scrub freed memory with 0xdeadc0de, which is handy if you find yourself using unallocated or free kernel RAM. Actually, this is a pretty good idea if you’re writing KLDs anyway, as it stops and does a core dump at the first sign you’ve screwed up any kernel structures.

The documentation in “man 9 malloc” should be enough to cope with the extra parameters; basically the malloc_type. Note that the first parameter to the MALLOC_DEFINE macro is actually a name you make up! By convention it’s in the form M_XXXXX, in upper case.

Also note that when you’re freeing memory it’s not normally zeroed. Therefore someone else using kernel memory might be able to allocate it and read what your driver wrote. Okay, bug deal – if the bad guys are installing kernel modules it’s game anyway. But… consider the bad guys cause a kernel panic and get a core dump.