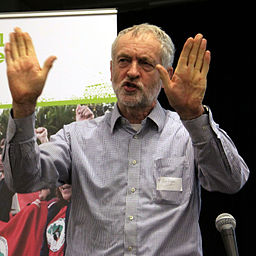 I was speaking to a Conservative party activist of my acquaintance a couple of weeks ago. He was rubbing his hands with the thought of Jeremy Corbyn being the new front-runner to lead the Labour party. Listening to the comment on Sky News this morning, it’s now being considered a foregone conclusion, with supporters of the other three candidates putting on a brave face and deflecting questions along the lines of “Will Labour ever be electable with Corbyn in charge”?

Early on in the campaign, Tony Blair put the problem rather well – if the public had rejected Ed Milliband’s Labour party because it was too left-wing, why would they prefer an even more left-wing party lead by Corbyn?

They’re all missing the point (no surprise where Blair is concerned). Given the right circumstances the British Public will definitely vote for a left-wing nut job with a deluded grasp of economics and a track record of courting publicity using international untouchables. London voted for Ken Livingstone. Twice. In spite of the consequences. Not because they approved of his policies (or even understood them), but because he was likeable, and because he was the person most likely to annoy the incumbent government in Westminster at the time.

Jeremy Corbyn has a very good chance of winning the Labour Leadership for the same reasons as Livingstone managed to cling on to power. Whilst I disagree with his economics, foreign policy and most of the other stuff he espouses, I get the feeling he’s a nice guy personally – I’d prefer to spend my time with him than any of his New Labour opponents.

Will this be enough to carry him to the job of Prime Minister in 2020? Flying in the face of the rest of the world, it seems, I have to say its possible. This is not a good thing. It might be fun, but the matter is too serious.

Labour’s enemies stuffing ballots with £3 votes should be very careful what they wish for.