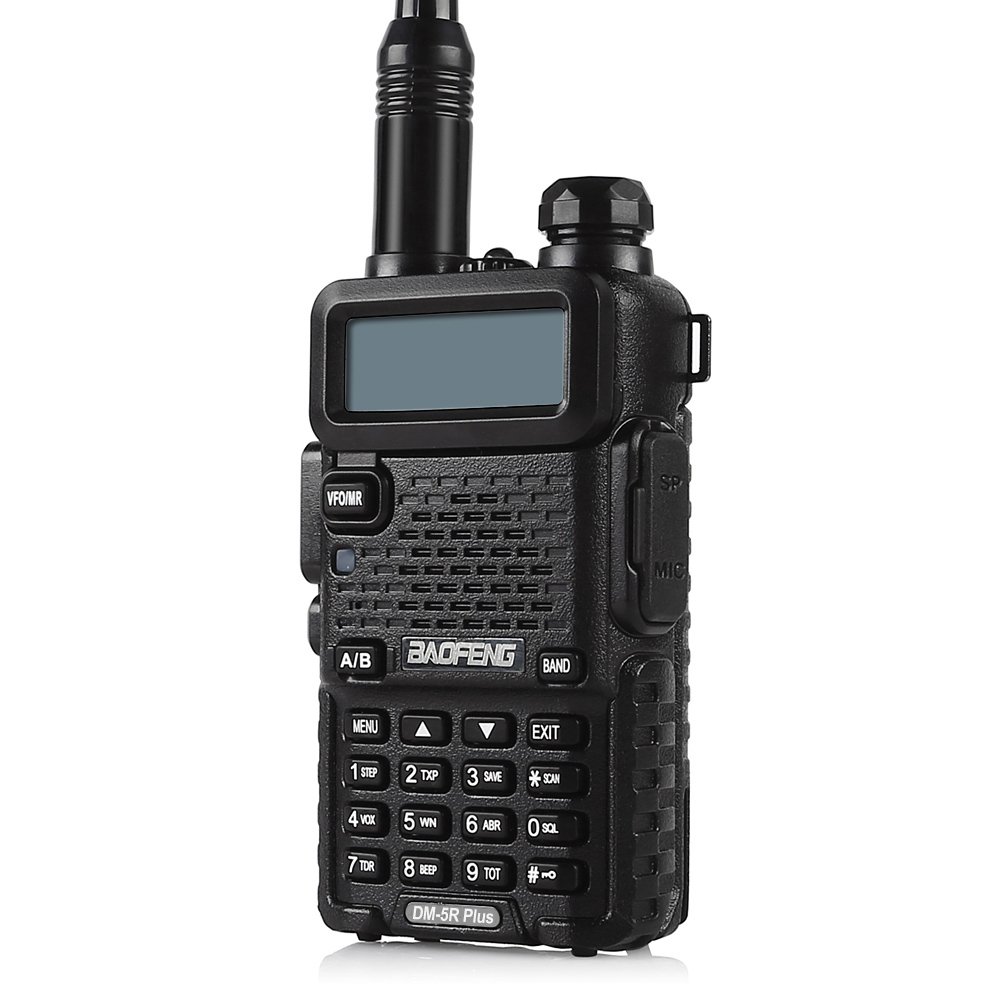 In 2016 Baofeng released the DM-5R – what sounded like a fantastic DMR radio at a very attractive price. One of the best features was that it maintained the same form factor as the UV-5R, meaning accessories were cheap and plentiful. In fact it was completely compatible as an analogue transceiver, but with DMR too.

Only one huge problem – it only implemented Tier-1, which basically meant it could only talk to other DM-5Rs – not to the Motorola or Motorola-compatible Tier-2 units.

Suppliers insisted that Baofeng was going to release a software update for it. I’m on record elsewhere as being sceptical of this, as I’ve never seen a way to update the software on any Baofeng radios, even when they’ve introduced killer bugs in to the wild.

Apparently I was wrong(-ish), and a firmware update has appeared for the promised $10. Furthermore, a DM-5R Plus has also turned up on the market, with Tier-2 software already. I don’t have confirmed specifications (i.e. the unit in my hand) but there’s some question about the battery. Sometimes its listed as 1.5Ah, other time 2Ah. BL-5 battery packs (the UV-5R standard) are 1.8mAh. I really hope they haven’t been crazy enough to come up with a new battery format.

Battery aside, what’s not to like? If if’s Tier-2/Motorola compatible, then I’m sure I’ll love it. But how compatible is it? Questions remain. Take this announcement from DMR-UK (target likely to expire) quoting a Phoenix Repeater Keeper:

“I have now heard a station using the DM-5R on the Phoenix network. I can confirm that although the radio appeared to work (apart from having very low audio) it was actually occupying both time slots on the originating repeater. This confirms that even though the so-called Tier 2 update had been done it was still working as a Tier 1 radio.”

This is unattributed, and it’s not clear whether the transceiver was a DM-5R Plus or an upgraded DM-5R. I don’t even know if an upgraded DM-5R becomes identical to a 5R Plus. This will become clear over time.

That Baofeng didn’t get the complex firmware right first time would come as no surprise. But do I want to risk it? Only if they promised to offer a free fix; but they really don’t have a good track record there.